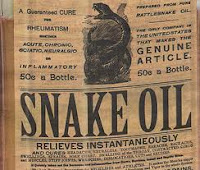 Those who have stated that President Obama has not created any jobs during his presidency are wrong. He has created one job, a giant CON JOB on the American people.  Indeed, all politicians who claim that “they” have created jobs while in office are giant Con Artists and chalartans. Rich people create jobs, not slick, snake oil politicians who demonize the “rich” and poison the political discourse by divisive class envy rhetoric and policies. America is better than this, it is vulgar.  Instead of castigating the rich, we should KISS THEM. 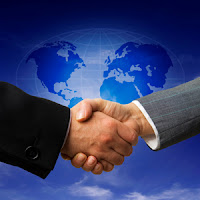 The government does not create jobs; the private sector does. Jobs are created by individuals (or entities comprised of individuals) who risk their own capital to pay someone for their services. This is a voluntary  exchange, where both sides get what they want, by trading labor for capital. The employer enters into the relationship because he feels as though he can utilize this labor (along with other capital investment) to produce something of value over and above the cost of the labor. This is how wealth is generated.  The employee gets a guaranteed payment for his labor with no capital investment. The employer never enters into this relationship unless he feels the relationship will allow him to produce a good or a service that other people will purchase voluntarily, under no coercion from the government. 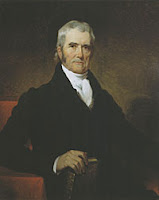 Thus the free market consists of people casting votes, but instead of casting ballots they are voting with their own capital and labor. The free market is a giant think tank, where real people are making trillions of decisions as to what is a “good”or “bad” use of capital and labor. Wealth is good. Wealth is the litmus test that signals the product or services created was one that people valued, when wealth is created everybody wins. Every dollar  flowing into the federal government is produced by this incredible, dynamic and VERY democratic system.

Government operates by confiscating wealth. Some say by taxing wealth, but since taxes are compulsory and the government can collect taxes at the point of a bayonet, “confiscation” is a better and more apt word. In McCullough v. Maryland, Chief Justice Marshall stated the “power to tax is the power to destroy.” It is a simple maxim of economics that if one wants less of something: TAX IT. Thus, taxing and regulating capital  produces less wealth, and less incentive to create more wealth.

When the government spends money, the expenditure  is not vetted by trillions of property owners scrutinizing and negotiating every element of the supply chain to produce as much efficiency as possible. Decisions are made from the “top down” by politicians, who have no “property stake”  in the money being spent; it is not their money. Whenever any “person or entity” spends “other peoples’ money,”  it is a recipe for waste, incredible inefficiency and fraud. Don’t believe me?  Give your 16 year old daughter your credit card and see what happens. 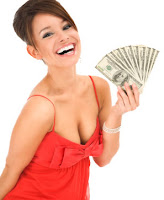 I wish I was rich. Sometimes I am jealous of rich people and their wealth, occasionally ( and I am ashamed to admit this), the emotive part of my brain wishes financial misfortune on rich people, (“oh isn’t it great that Mr. Daddy Warbucks got knocked down a peg!”). I try to catch myself when such synapses of thought come over me, because such thinking is TOTALLY ILLOGICAL.  Wealth is good. It is the essential element for change propelling society forward, instead of into the dark abyss. Wealth begets more wealth. Without wealth there is no societal advancement, no cure for cancer; indeed there is not even any  art or literature, because there would be no leisure class to create such things. (When was the last time Haiti put a man on the moon?).

Does anybody want a poor boss?  How about a poor client? When wealth is created through the free market and rich people get richer, all of society benefits. How? Well, first off, these folks would not have gotten rich had they not created a good or a service that benefited society, if it didn’t benefit society, no one would have bought what they created. Second, what the rich do with their capital always benefits the rest of us. The rich don’t stick their money in a mattress or dig a hole in the ground and stick money in a coffee can. That capital is always deployed in a manner that creates more wealth in others.  The rich create jobs and wealth in others by simply putting their money to work in the bank; this increases the supply of capital for others and reduces the cost of capital for business expansion.  If the rich  buy stocks and bonds, they provide energy to the capital markets. If they simply buy a yacht, they produce wealth for the lumber, brass, engine, sailcloth, rope and electronics industries and all of their workers.
Under the current administration’s inane policies, “free market” wealth creators are abused and ridiculed, while  corrupt politicians substitute the trillions of informed votes cast in the free market to their own selfish  interests, bestowing “crony capitalism” favors on voting blocs that support their redistributive policies.
This is corruption, and it is a giant  CON JOB!

Previous Article
YOU DON’T KNOW “JACK” SON !!!
Next Article
I FEEL SO GOOD I COULD KISS MYSELF!!!