Richmond, Virginia
IT IS DAMNED HOT.  It was even hotter 150 years ago  at First Manassas ( Bull Run). The tempature wasn’t 102 (as it is today) , but you can bet with mini-balls zipping around, it felt a lot hotter. The first campaign of the War Between the States had begun, and it would be four long and bloody years before it would end. This was the opening salvo in the campaign for Richmond. Washington socialites, dapper gentlemen and fashionable ladies  had followed McDowell’s army out of Washington and had planned to picnic while watching the “skirmish.”

At the height of the battle, General Barnard Bee meets General Thomas J. Jackson as he arrives on the field, and states that the enemy is driving his forces back. Jackson’s response: “Then Sir, we will give them the bayonet!” Noticing Jackson’s resolve, Bee instructs his men to form behind Jackson. “There is Jackson standing like a stone wall. Let us determine to die here, and we will conquer.  Rally behind the Virginians!” We all know what happened next, but what many people do not know, is Stonewall Jackson and Barnard Bee ( S.C.) could have easily been on different sides of the conflict.

As early as April 4, 1861, Virginia delegates voted 89-45 to remain in the Union. This vote was widely supported by the general populace. However, things quickly spun out of control. On April 12th, the South Carolinians fired on Fort Sumter, and Abraham Lincoln who had been president less than 40 days, and did not receive one vote in ten southern states issues an order with disastrous consequences. Lincoln demands that Virginia supply troops to invade the seven seceding southern states. Virginia refuses, her mood changes, and on April 17th, the Virginia Convention reverses itself and recommends secession.  A referendum is scheduled for May 23rd. However, in the meantime, Lincoln takes preemptive steps against Maryland, by sending Massachusetts troops to Baltimore to keep Marylanders from voting for seccession in Annapolis. On April 27th, although Virginia and North Carolina are still in the Union, Lincoln blockades Virginia and North Carolina ports and all maritime commerce. ( Remember the southern tariff provided well over 70% of all revenue to the United States). 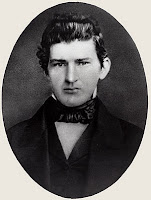 On May 3rd, Union troops invade Virginia (still in the Union), and occupy Arlington Heights. Union artillery was intended to intimidate the citizenry and to suppress secessionist votes. It didn’t happen. On May 23rd, Virginia voted 124, 896 to 20, 396 for secession, a 6 to 1 margin. An invasion of Virginia was already in progress and before the votes were counted Union forces invaded Virginia, seizing Alexandria and vital railroad connections. An Alexandria innkeeper, James Jackson flew the Confederate colors, his home was attacked, he was shot in the face, bayoneted and pushed down the steps. Virginia was horrified, outraged and now resolved to be in the fight.  It now had a martyr and a reason to fight.

MY POINT IN TELLING THIS STORY is history is a lot more complicated, interesting  and nuanced than the simple minded pap the NEA teaches our children. Virginia was a huge state with the South’s largest population and most diverse economy. Had she stayed in the Union, perhaps the constitutional crisis over secession would have been settled without 600,000 deaths. Lincoln’s actions flipped Virginia to the other side. Did Lincoln make good decisions?  I am not sure, but one thing that is for sure is  HISTORY  provides us with our only  roadmap on how to assess the future, but it is a faulty map if it is dumb downed, politicized and not taught and discussed in a thorough manner.