I FEEL SO GOOD I COULD KISS MYSELF!!!

I FEEL SO GOOD I COULD KISS MYSELF!!! 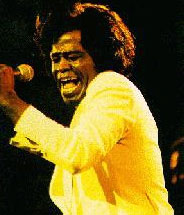 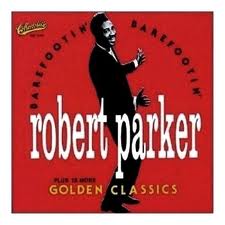 If I barefoot, would u barefoot too?

I think I am a black man trapped in a white man’s body. In many ways, I just don’t get white people. Take Al Gore for example, remember when he and Tipper were dancing at the 1992 Inaugural? I’m sorry, but I don’t want to be in the same race as anyone so rhythmically challenged.  It just ain’t right.

I always knew I was different from the other white kids. My first recollection of this was when I was 6, in 1966, when my brother Ken (17) spun “Barefootin” by Robert Parker on our family’s stereo in our living room. He had a date, had just slapped on some “smell good” water and in an instant he grabbed my Mother and spun her around about six times, screachin and yelling the lyrics out like a mad man ( I thought he had swallowed arsenic). He was “sho nuff gettin it,” his feet were moooooving. He shuffled on out the door, never missing a beat, screaming and hollering until the sound just faded away like the afternoon twilight. Damn. We were different alright. I had never seen any of the Walker boys do that with their Mother. Ken never told me how his date went that night, but….there is NO WAY he “didn’t hop on the good foot and do the bad thing” that night, cuz he had it going on.

I remember my father telling me that we Smiths had “banjo feet.” I remember the way he looked at me when he said it and the grave, confessional  tone he used; and then he uttered in Latin: “caveant consules ne quid detrimenti respublica capiat.” I have no idea what that means, but I think it is some ancient idiomatic expression meaning  “watch out boy, cause your banjo feet and good timing ways are going to get you and a mess of other folks in a whole heap of trouble.”

When it comes to politics, who are you going to trust: some tight ass white guy like Barack Obama, or Herman Cain? The way I look at it, if you can’t get a groove on, then you can’t be trusted. You’re just flat out hiding something. You think James Brown was ever hiding anything? No way, he was “lettin it all hang out.” I can remember being 16 and making out  with the head cheerleader in my car, the moon and stars glimmering off of Tayloe’s Mill Pond with Barry White crooning “Love Seranade“ on the 8 Track. That’s real baby. Ain’t nobody ever “realer”  than Barry White. Think what  a different world it would be if James Brown had been President and Barry White Secretary of State. Suppose JB was President instead of that moran Jimmy Carter, do you think there ever would have been a “misery index?” Hell no. Everyone would’ve been “feeeelin good” and getting jiggy. GDP would have been up 67%. How about “Dentente?” Instead of that uber tight ass Henry Kissinger, think of Barry White getting off an Aeroflot plane in Moscow in 1972, wearing his powder blue jump suit. How can you not trust Barry White? Ever listen to the lyrics of his songs? Barry White says what he means: “Come over here dear and take off your brassiere.” That’s direct. Compare that with “depends on the meaning of is” Bill Clinton or “I voted for it before I voted against it” John Kerry. Who do you think was cooler? Barry White or Leonid Brezhnev? Ever hear Leonid try and sing “Can’t Get Enough of Your Love, Babe?” It ain’t pretty. Had Barry replaced Kissinger, the Berlin Wall would have fallen in 1972 and the world would be a lot happier place. 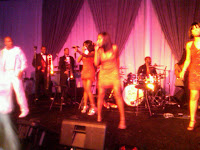 My point is it just isn’t fair that I have to be in the same race as Harry Reid and Ruth Bader Ginsburg. ( Can you imagine having a few pops at the NewVegas Lounge in DC with the two of them?)

My name is ROB and I am feeeling awwwRIGHT!