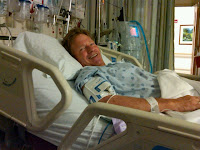 My friend  Bo Montague had a heart attack. His heart stopped…….

I called Bo around 8 am Friday morning to leave him a sophomoric and very immature message, but didn’t hear back from him. By the time I had called, he was already under massive cardiac arrest.

Bo is truly a good guy, perhaps he is a lovable scoundrel. What I love about Bo is his good cheer and his brutal honesty. Like all of us, virtually everyone on the planet, Bo has enjoyed good times and bad, but the remarkable thing about Bo is he is always the same: cheerful and self-deprecating. When he hits a home run he is modest and cheerful, when he does something stupid, he is really funny and honest about it. Bo is a source of great entertainment and joi de vie. I think we can all learn something from Bo: attitude is important and happiness is infectious. 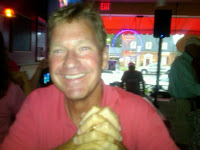 I Am One Goofyass Son Of A Bitch

Bo would not want me to write an article about him without mentioning the fact that he lived on The Lawn at the University of Virginia. ( There you dumb bastard, I said it). Bo was also a Marine officer. In fact, he lives his life as kind of a perfect hybrid of Virginia fraternity boy and Marine: Bo plays hard ( eh em, …real hard) and works hard. He squeezes every minute out of life. He has two awesome daughters and loads of friends. Oh yeah, he also won the Shakespeare Award at Episcopal High School ( There you dumb bastard, another plug for you). Now, what are we supposed to learn from all this?  I will tell you: GOD has a plan for Bo Montague.

Bo lives in Hampton ( in the 757 ). He was on the treadmill early Friday morning. Next to him was an Emergency Medical Technician (EMT). Bo dropped….,  his heart completely stopped. The EMT somehow grabbed/found electric shock paddles and had to deliver 3 charges to jump start his heart. Bo is at the Heart Pavilion at Norfolk General and is doing fine. In fact, his circulatory system is in pretty good shape, he merely had one bad artery that was 95% blocked. The docs put in a couple stints and he will now be new and improved. He had a really close call. 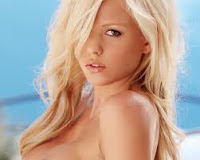 Angel McJugs Sorry, Only “Angel” Pic I Had

I have no doubt that the EMT was an angel, the kind sent from God. That’s right, like  Gabriel and Clarence Oddbody. What are the chances that when some lug head like Bo has massive cardiac arrest and will die in seconds, there just happens to be this dude standing beside you who knows how to hook the jumper cables up to your ticker? I am telling you, God is smiling on Bo Montague. God doesn’t do these things for no reason. He has a plan for Bo. I have no doubt that a divine hand has reached down and once again revealed Himself to us and to Bo.

I am happy Bo is still with us, the son of a bitch makes me laugh. I am also grateful that we have an all loving, all knowing God who has chosen to use Bo for His purposes. A win – win all around.