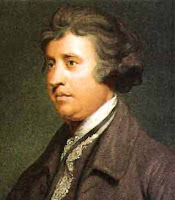 Our Founding Fathers designed a system of government that was dependent on the consent of the governed for its existence. Wary of a strong central government, the Founders created a system where the federal government could not be funded without the authorization of citizen legislators who would serve their country for a brief period of time and then return home to pursue private affairs divorced from and not dependent on the tentacles of government.

One of my favorite quotes (and favorite political theorists)  is that of Edmund Burke, the great British Whig ( and perhaps father of modern conservatism) who stated in   1770, “the only thing necessary for the triumph of evil is for good men to do nothing.” Burke also stated that “…people never give up their liberties but under some delusion (1784).” He also stated “… true danger is when liberty is nibbled away, for expedients, and by parts (1777).” Good men of the 21st century should pay close attention to the 18th century British politicist. Let’s begin with the “payroll tax” which has been much in the news the past fortnight.

Washington’s ineptitude to accomplish any act of sound fiscal responsibility is firmly established by its recent action to extend the recent payroll tax reduction for an extra two months. Big Whoop. Social Security, a horrifically bad idea to begin with is bankrupt, so what does Congress do? It reduces the revenue earmarked to support social security by 30% ( from 6.2 to 4.2%).  Congress is fiscally retarded. However, what really ought to be debated is the complete elimination of “payroll taxes”  and “employee withholding” all together. Edmund Burke would approve. If folks had to write a check to the government themselves for these taxes, there would be an immediate rebellion. 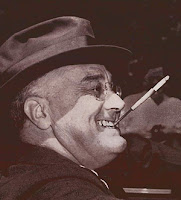 Dear Little People: I Will Spend Your Money For You I Went To Harvard

For those of you who have never owned a business, let’s review how payroll taxes work and their history:

No surprise here, but that great man of the people, Franklin Roosevelt (elitist blowhard) came up with the idea of payroll taxes because he felt the American people were too dumb to realize that they would be scammed. Here is the way they work: Joe Sixpack gets a job at Bubba’s Micro- Brewery.  His true wage ( cost to Bubba’s) is $31 /hour, but Bubba’s  only pays him $ 18.60/hour. Why? Because Bubba’s is required to pay 7.65% of his wages to the IRS for Social Security (6.2%)  and Medicare (1.45%). Bubba’s also pays all of Joe’s health insurance at a cost of $6,000/year because the IRS allows Bubba’s to deduct all of these costs, but doesn’t allow Joe to shop for his own insurance, get a better deal and then deduct all these expenses on his tax return. Joe is in the 25% tax bracket ( 35k to 85k). Joe earns $50,000/year and the government takes 25% of this, $12,500 in federal taxes. Joe receives a weekly payroll check of $744. If there were no withholding taxes, Joe would likely receive $ 64,825/year or $1,247/week, 40.44 % more than he does now. ( This does not include any state taxes).  The $64,825 is calculated as follows:

For those who doubt “the pain the ass expense,” you obviously have never run a business. An employer has to make a margin off of every expense line item to stay afloat, the cost of complying with and capital risk identified with federal employment regulations  surely exceeds 10% of gross wages. 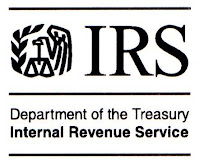 The most pernicious aspect of this system is  before Joe gets his check, Bubba’s  has to wire the IRS 32.65% of his earnings ( 25% plus 7.65%). Thus before Joe can even enjoy the fruit of his labor, the federal government swipes (steals) 1/3 of his paycheck away from him. If Bubba’s is one minute late in wiring the IRS this money (usually one full banking day before Joe gets paid), Bubba’s  is immediately fined 2% of its IRS payroll deposit. The owners of Bubba’s ( Bubba and Charlene, who are responsible parties) are personally liable to the IRS and can go to jail if they do not pay this withholding tax to the IRS. If one studies the legislative history of the “Current Tax Payment Act of 1943,” the act that the Roosevelt administrative concocted to create “withholding taxes,” it is clear that Roosevelt’s desire was to confiscate the earnings of the wage earner  before the wage earner received his earnings.  For once the wage earner received his money, it would be much harder for the government to collect taxes that the taxpayer objected to paying.  It was war time and FDR was a master of the “never let a good crisis go to waste” school of politics.  FDR and his merry men of socialists made the argument that tax payers should sacrifice “just like our soldiers” and thus the people, no doubt distracted by events overseas, were duped into the loss of their liberty. The congressional record is clear, the real purpose of the Act was for an avaricious  government to confiscate the wealth of its people through intimidation and manipulation.  67 years after WWII ended, the federal government still takes your money that you have earned before you even get paid. You do not have the choice to protest because your money is stolen from you before you get it. Your employer goes to jail  and his business is fined out of existence if he does not comply.

WE INSULT OUR FOREFATHERS WHO SACRIFICED EVERYTHING FOR LIBERTY

We as Americans have ” just accepted”  this incredible loss of liberty. Think about it: before you even get paid, the government swoops in and takes 1/3 of your earnings. If each taxpayer got the full fruit of his earnings, in this case $ 1,247/week as opposed to $744 and taxpayers then wrote a check to the IRS, there would be a “Shay’s Rebellion” revolt. Each taxpayer would quickly see what a rip off  Social Security is and also see  how being empowered to spend their own health care dollars would save them money and give them better health care options. Moreover, the cost of compliance with all this regulation would translate into an immediate real wage increase for all Americans.


The real debate in Washington should be “why do we allow the federal government to enslave us?” Rob says LIVE FREE OR DIE!

Previous Article
LIBERALS STINK !
Next Article
PISSING ON THE TALIBAN