PISSING ON THE TALIBAN

PISSING ON THE TALIBAN 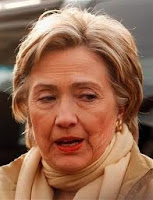 I AM SORRY, BLAH, BLAH

Perhaps you have heard about the 4 Marines who might be court marshaled by the Obama Administration for taking a leak on a few dead Taliban. Let me get this straight. It is ok to kill the bad guys, but not ok to pee on them? I don’t get it. Secretary of State Hillary Clinton has spent the past few weeks apologizing to our enemies for this “despicable act.”

THE LAWN AT VIRGINIA

I have never been to war, but I have seen savagery and barbarianism first hand. You see, I was a student at the University of Virginia in the late 70s and early 80s. One was likely to see more “despicable acts” at the SAE House on an average Thursday night in 1979 than in the entire 237 year history of the United States Marine Corps. There are two “ribbon” societies at the University,  Eli Banana ( 1878) and T.I.L.K.A. ( 1889). I was inducted into one of these venerable organizations my 3rd Year. It is the custom, indeed a tradition  of both these organizations to piss on new inductees. No where is “tradition” more valued than in the Commonwealth of Virginia, so  I am sure this practice still goes on. An inductee is told to get stinking drunk and to be at his fraternity house at a given time just prior to being “tapped.” Due to the “stinking drunk” mandate, I don’t really remember being pissed on, but I am sure I was. My 4th Year, my organization inducted a well known athlete. To this day, I remember peeing on him right in front of the Phi Kapp House. Whenever, his name comes up in polite conversation today, I always chirp up and mention  “I pissed on him once.” Perhaps, I should be embarrassed, but I am not. We never had the benefit of a week long politically correct orientation period like students do now where men are told to act more like women and women are told to act more like men. For this reason, I blame my immaturity on the University.

20 year old boys, away from home, filled with whiskey and testosterone make the Visigoths who sacked Rome look like Mormon Youth Mission Groups. I saw shotguns go off in rooms full of people, cars set on fire, fights, women providing favors to a room full of ……….. (well I won’t go there) and I certainly won’t mention on this family oriented blog what the DKE House members did with farm animals. ( No, I am not going to go there!). My point is, 20 year old boys do things that we as 40 year old men would not do. However, pissing on a few dead Taliban is hardly the crime of the century. Furthermore, when I got pissed on in 1980, I don’t remember Jimmy Carter or Secretary of State Cyrus Vance getting their panties in a wad over what happened to me. No one contacted the UN and the ninnies at the State Department did not blather all over themselves apologizing to all the despots in the world about  the “despicable act” that befell me?

THANKS FOR ALL YOUR HELP CYRUS

Now, although I have never been to war, I have been shot at, threatened with a knife and had to out run the cops ( more than once). Let me tell you, hearing buckshot wiz by your head and ricochet off of the trees near you or having a crazed woman threaten you with a knife will get your heart rate up. I once ran down and apprehended a crackhead  who had broken into my house. ( Yes, I AM a big strapping HOSS).   While chasing him, I told him I was going to kill him. I envisioned catching him and beating him to a pulp. Once  tackled and under my control, I immediately  cooled off, but who knows what I would have or could have done under slightly different circumstances. I could have killed the guy, or WORSE, I could have PEED ON HIM!!!

Contrast my little scrapes with danger with what a United States Marine goes through in Afghanistan. (My oldest brother  who I am quite proud of was a Marine in Vietnam). Marines are trained to kill, to actually rip the heart out of their enemy with their bare hands. These Marines are fighting a vicious and morally repugnant ideological army that delights in publicly torturing women and children, mass murder, beheading and disemboweling  Americans. They cheer and delight in the mass murder of  American men, women and children.  There is no honor in these people. These brave Marines are looking into the face of absolute evil everyday, in a treacherous country, putting their lives at risk and on call 24/7 all the time. 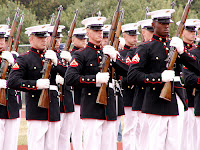 PROTECTING US FROM EVIL: U.S. MARINES

Just once I would like to hear one of our blow hard politicians say something sensible like ” While it is not our policy for our armed forces to piss on the dead soldiers of our enemies, these things sometimes happen. Our enemy is evil and we support our troops fighting under very difficult circumstances.”


I ain’t holding my breath.